I’ve really been looking forward to nice, spring weather and this weekend was the first one in a while that was actually warm and sunny outside! I tried something I’ve never done before and traveled to the opposite end of the state. Here’s a quick post about how I spent my days off. 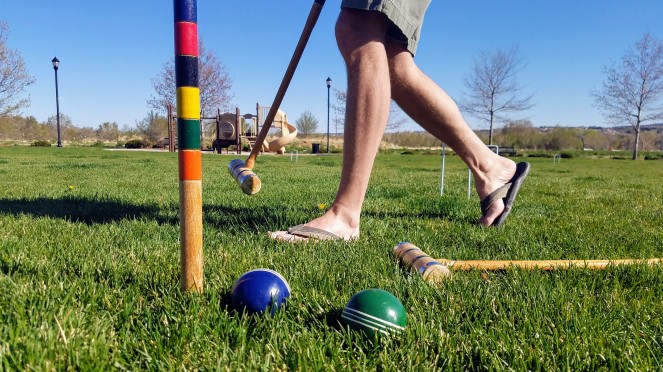 I broke out this retro croquet set I bought at an estate sale a few months ago for $25. It came in a set of six, such a steal. I’ve never played croquet in my life but thought it would be something fun and silly to own. We packed up some snacks and after some Googling, we set up a court at a park to the best of our abilities. I’m sure it wasn’t regulation at all. Turns out it’s a pretty tough game! I went from being pretty good at it, to terrible, to only okay by the end. I like to refer to it as Grass Pool … but I guess it’s also like golf in a way. A friend came to play a few rounds with us before we went to dinner.

There’s a place that’s about to open downtown called Rooster’s House of Ramen that had their “soft opening” over the weekend. I was excited to try it out because there isn’t a ton of places to get ramen were I live. I’ll admit I’m a little biased because there was a ramen joint in the neighborhood I grew up in that was super authentic and sooo good. The bowls were humongous and it never disappointed! It’s pretty hard to compete against that. Rooster’s is definitely more of a modern/hip/trendy ramen spot than a traditional one in terms of aesthetic. There’s graffiti art and really cool canvas paintings of hip hop legends all over the walls. The ramen was delicious and had great flavor but I honestly wasn’t a huge fan of the price to portion ratio. 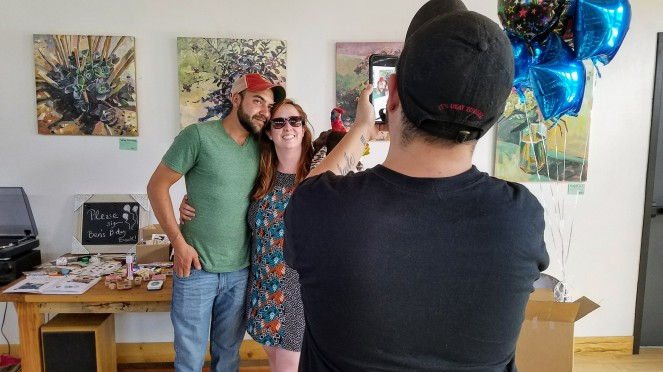 The next day a friend who I’ve known since I was maybe 7-years old was hosting a party for her boyfriend’s 30th birthday. It was up in Fort Collins so I picked up another friend on my way through Denver and we met her there.

She hosted the party at this really cool bar/cafe/art gallery/venue called Wolverine Farm Letterpress and Publick House. Their store front also shows off a bunch of locally made stationary, candles, cards and other goodies. 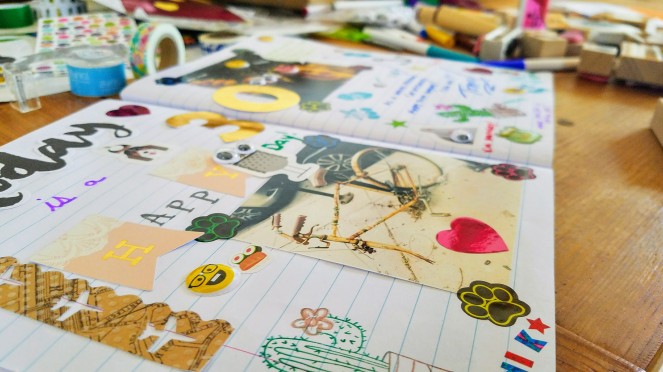 My friend who was hosting the party is known to be particularly crafty. She’s the awesome kind of person who sends hand written birthday cards in the mail complete with stickers, stamps and the like instead of a basic ‘HBD’ Facebook wall post. So it was not surprising at all to see a station stocked with creative odds and ends for guests to use to decorate a birthday guest book. The googly eye options were a great finishing touch. 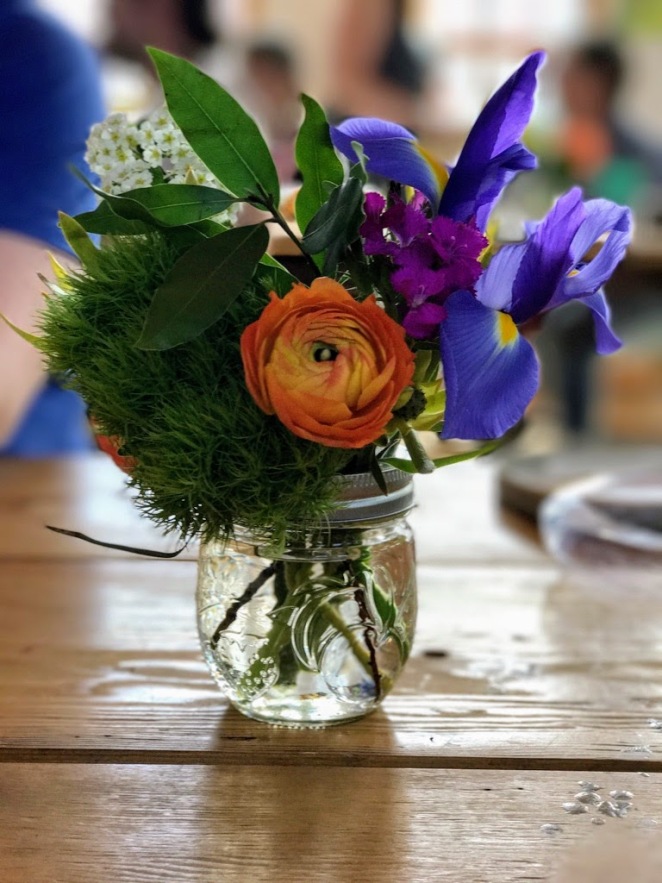 She also happens to know a LOT about flowers and is a pro at arranging them. The whole room had sweet little arrangements in mason jars on every table. Full disclosure: I did not take that picture. (iPhone portrait mode..whatever..I have an Android..fine it’s cool.. really cool, whatever). 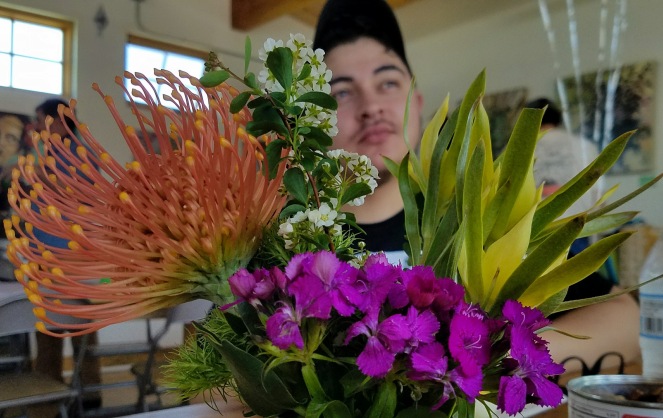 THIS is the man behind that iPhone…or in front of the Android in this photo’s case. I was obsessed with those orange alien flowers (Not what they’re really called).

While the birthday man and the hostess were mingling with family members, my friend and I went to explore the venue and found this giant metal wall with huge word magnets. We swapped turns putting down single words to see if we could make a story..

Wow, pretty good right? To be fair, they were lacking a lot of verbs and spare letters but there you have it: our best effort.

We’ve known each other for such a long time but since they live in Denver and near Fort Collins I don’t get to see these friends too often so it was so great catching up and hanging out with them :]

2 thoughts on “First Weekend in May”