Over the weekend I learned about a unique arts festival that happens in Green Mountain Falls. GMF is a teeny little town tucked into a mountain valley about 30 minutes from where I live. About eight years ago a very wealthy banker/philanthropist and the founder of a prestigious dance company in New York City created the Green Box Arts Festival in Green Mountain Falls. They bring in artists, musicians, dancers, culinary experts and art installations and host a whole week to celebrate art and culture. Best of all, every session/event is free to the community.

My boyfriend was requested to play music at one of the shows earlier in the week which was the first time he had heard about the festival, so he was excited to go back and check out more.

We started the evening going to a performance of METdance. They are incredibly talented dancers based out of Houston, TX. They performed several sets, all with drastically different styles. I was so intrigued while watching that I didn’t record much video. This clip is from an intentionally goofy piece that they were doing, the crowd loved it.

After the show we wandered around this art installation that was brought in for one of the past year’s festivals. It’s called Footprint in Green by Patrick Dougherty. He’s built these type of stick sculptures all over the country and some places around the world. A few of them are even more elaborate than this one. 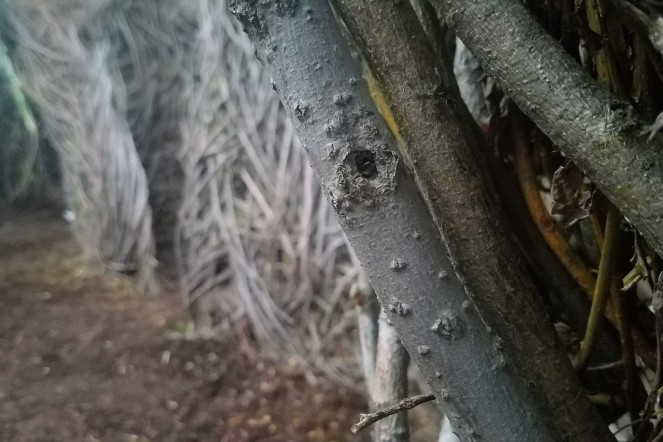 You can walk around inside the structures. He says he’s inspired by primitive building techniques for all of his stick installations.

The style of this specific piece in Green Mountain Falls is inspired by “petroglyphs, rock engravings or paintings associated with prehistoric people.” 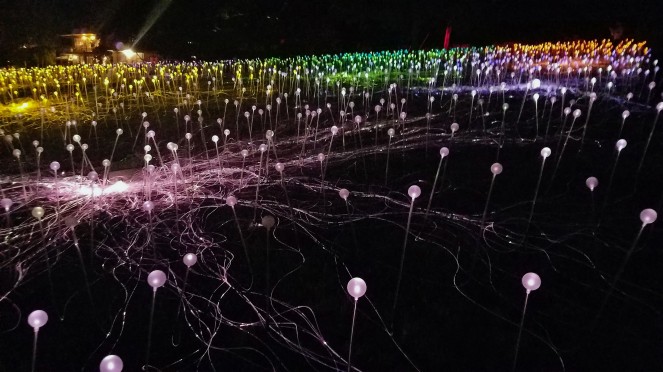 After dinner it was dark enough to check out the other art installations that were set up around town. Different variations of this one have been displayed across the world. It’s called Field of Lights by English artist, Bruce Munro.

The artist says this installation is his personal symbol for the good things in life. All of these fiber-optic orbs start to glow and change color once it’s night time.

He adapts the installation to fit the space that it’s in. In this case, it’s on a hill overlooking the small downtown stretch of Green Mountain Falls but it’s also been set up throughout gardens, fields and even outside of Ayers Rock in Australia!

It was so cool!

I didn’t initially have high hopes for the last installation we saw when we drove past it earlier in the daytime, but it ended up being my favorite! It’s called Tepees and it’s by the same artist as the light orb project.

In a small wooded area there are several tepees made out of long tubes of fluorescent lights that flash on and off, pulsing to the next tube, then the next tube etc. 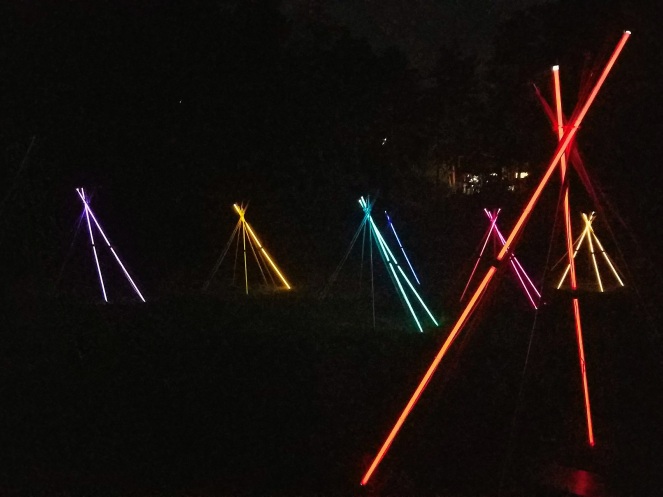 The artist was inspired by the movie Dances with Wolves and the installation is “derived from an electric fencing unit and redundant fluorescent tubes” which gives the lights the pulsing effect. Obviously it’s hard to capture in still photos. So here’s a short GIF:

It still doesn’t even do it justice! But it looks like this installation has traveled to a few places in the U.K. and the U.S. so if you don’t live in Colorado, maybe you can catch it somewhere else in the future!