Last month was filled with highs and lows and forgotten/failed attempts to blog. I decided to gather all the moments to remember and mash them up in one post! 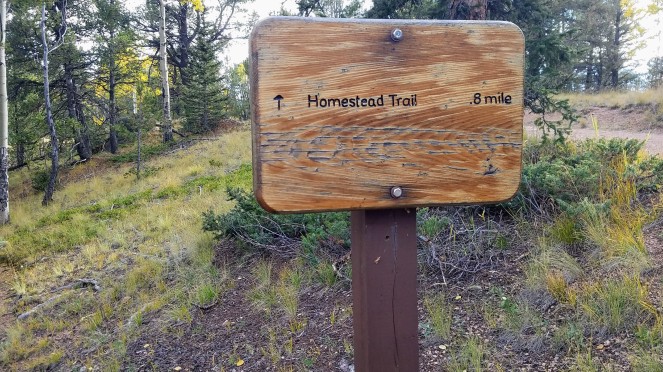 Fall hikes are probably my favorite. Even though by October a lot of the aspen trees lost their leaves, there’s something nice about crisp autumn air under the shining Colorado sun, it’s the best. S. and I really kicked up our hiking efforts last month, even if they were quick ones before I went into work.

Every year one of my very good friends has a Lazer Tag themed birthday party. It’s so much fun! Everyone gets really into it and it can get pretty competitive for some (…. ok, me.) I got third place in one round last year when two random teens who clearly had a lot more practice than us crashed the party, so I was really looking forward to defending my honor this year. That did not happen, but it was still a hilariously good time. All of us had a blast! 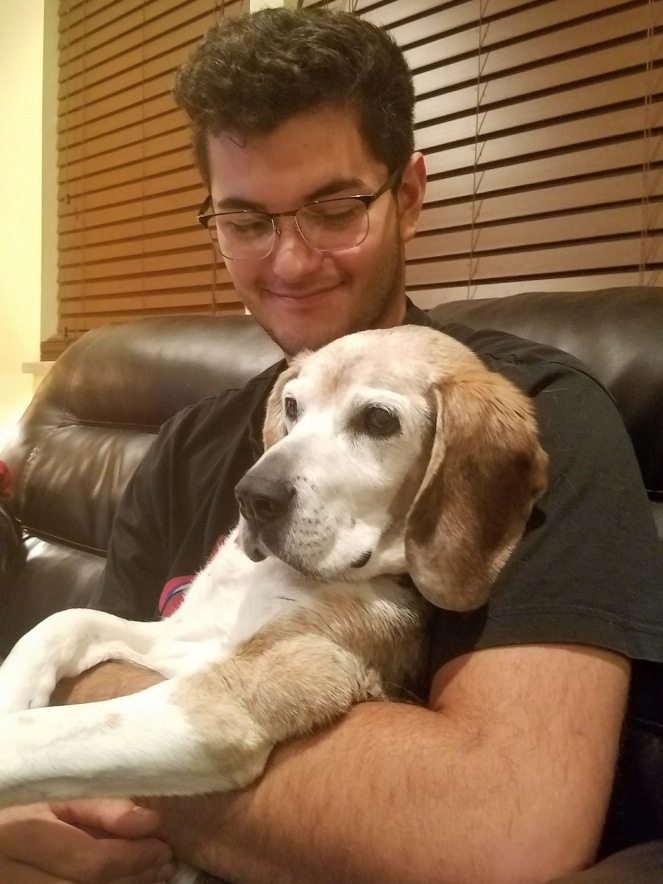 One of the biggest ‘lows’ of the month, probably year, was having to put down our family pet Hunter. Those are pictures of Hunter and my brother maybe 12 years ago and then a picture of them on our last night with him. 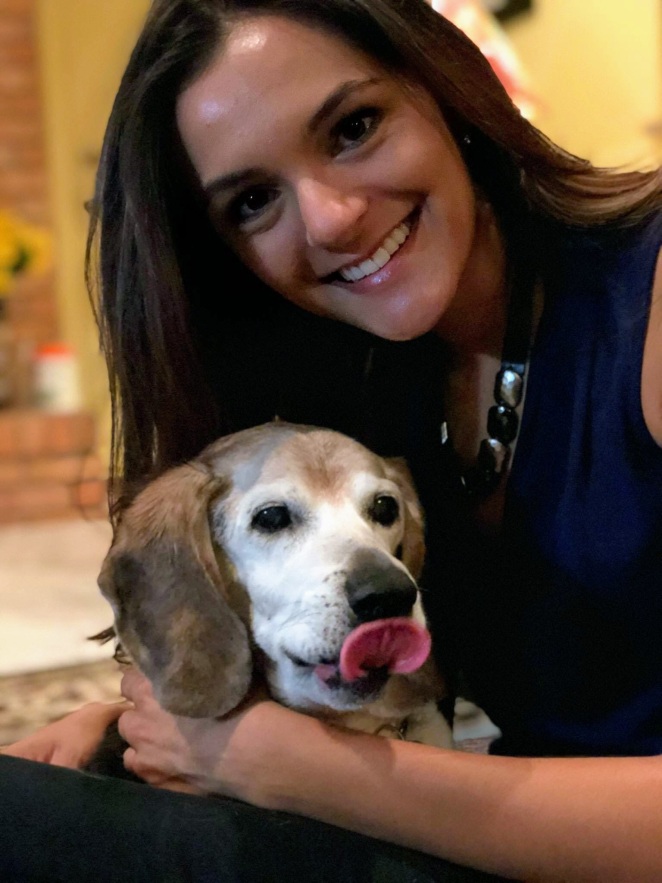 We spent his last night snuggling with him and watching Secret Life of Pets. He lived for 18 years which is practically unheard of for a beagle. It was so sad having to say goodbye but we all are very happy to have spent so many great years with him! 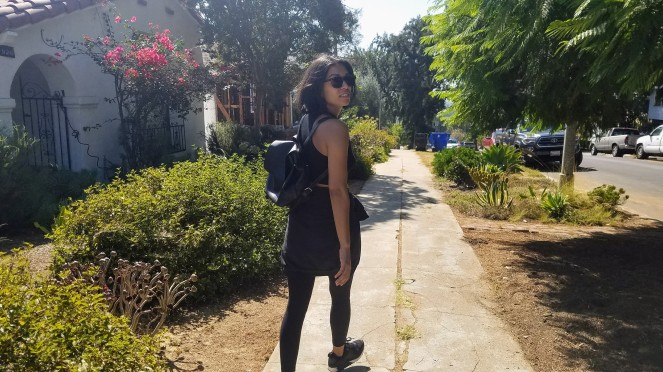 Back to something brighter! Here’s my younger sister guiding us through her neighborhood in Los Angeles on the way back from brunch. S. and I took a quick trip there for the wedding of the friend whose birthday it was. We stayed with my younger sister who lives in L.A. She was such a great host for the very short trip and it was nice being able to spend time with her since I normally only see her when she comes back for big holidays, and even then it’s the whole family hanging out. 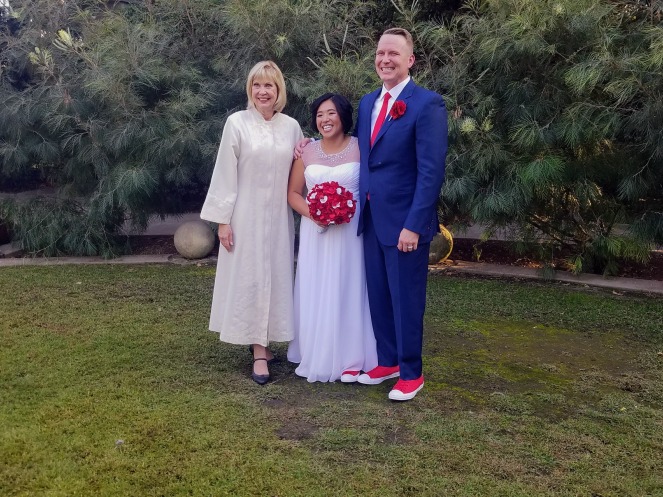 Here comes the newly weds! Their love story is a beautiful, sweet whirlwind and so was their wedding! It was in the Los Angeles Arboretum and Botanic Garden. I wish I had taken more pictures of the venue itself because it was gorgeous! But I was so caught up in the moment I didn’t take out my phone very much … except to live stream the whole thing for our boss who is very close with the bride (whom I also got permission from to do so). It was actually so sweet to watch her and her son’s reaction to the wedding as it was happening more than 1,000 miles away from them. The ceremony had so much heart which was so true to the couple. I’m so glad I got to be a part of their big day! 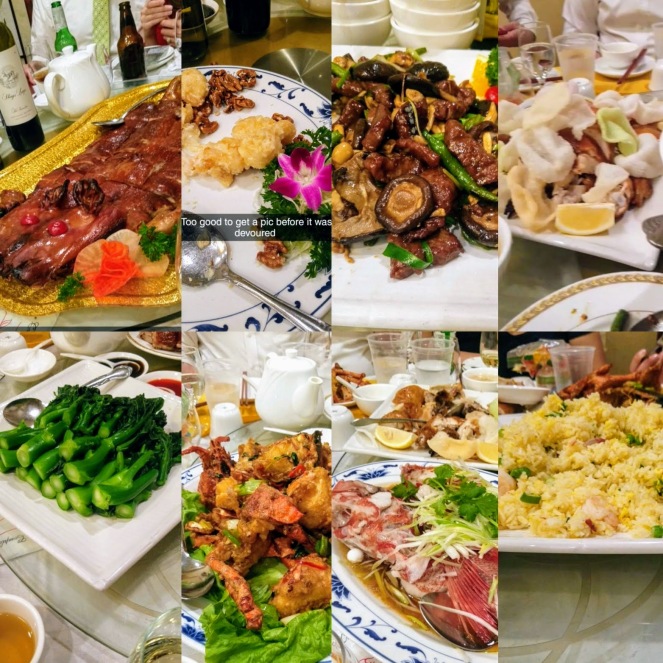 After the beautiful ceremony, they treated all of their guests to a FEAST! It was a traditional Chinese banquet with Roasted Suckling Pig, Honey Walnut Prawns, Stir-fry Ribeye Steak with Mixed Mushrooms, Crab and Fish Soup, Deep Fried Chicken, Chinese Broccoli with Oyster Sauce, Braised Lobster with Chef’s Sauce, Steamed Fish and Yang Chow Fried Rice. WOW. That’s all I have to say. We were stuffed by the end. 10/10. After getting back from L.A. I got really sick. I don’t know if it was the bad cold everyone was getting at work, or from traveling, but the next weekend I wasn’t up for much of anything. My other, also very sick, friend and I decided we could manage to wander around a Giant Pumpkin Festival that was happening in Old Colorado City to check a fall themed activity off our list.

It was way more crowded than we would have guessed. We didn’t stick around the actual pumpkin area long enough to find out which one won, but this one was our pick.

After spending longer than it’s ever taken in my life to walk three blocks (because of all the crowds) we made it to The British Tea Room. It opened up a while back and I always notice it whenever I’m in Old Colorado City for farmers markets or whatnot but have never been inside. The store front has all sorts of British goodies and even a grocery section filled with candies and products I haven’t seen since I visited London back in high school. My friend and I soothed our sore throats by sharing a pot of tea in a room fit for Mary Poppins herself.

Another huge highlight last month was hearing that my dear friends Matt and Chris are engaged! They were traveling around France and Chris proposed. It was a huge suprise and they’re both ecstatic. They started dating right around when S. and I did and the four of us are pretty close so this was such exciting news! That is a screenshot from when they were giving me all the deetz via video chat. Love was in the air as you can see! 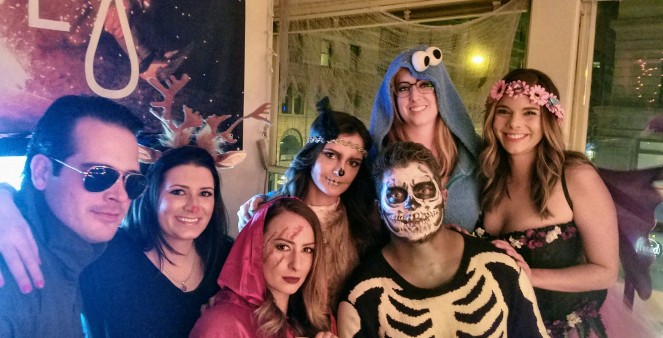 Fortunately I was just about done being sick by the time Halloween weekend rolled around! Two of my girlfriends and I went to Denver where a longtime friend was hosting a party. We got to meet up with my best friend since high school and my sister from another mister too! I was a flapper… with a skeleton face. It was a ballin’ on a budget type of last minute decision.

I also got to try to cuddle with Tugboat, my friend’s dog, who was dressed as a HOTDOG!

The next day was one of my favorite days of the year! Homecoming at the University of Colorado Boulder. I went to school there and so did both of my sisters. My little brother is a Junior there now. Typically all us sisters get together and reunite for Homecoming but their schedules couldn’t really work around it this time. Fortunately I was accompanied by some fun loving gals, one of whom went to CU as well. Here we all are with my bro’s girlfriend with the Flatiron mountains in the background… my favorite view! 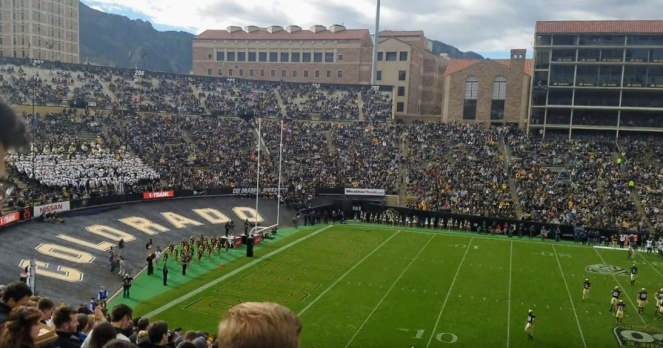 My brother hosted a great pre-football game brunch at his apartment before we left for the game. We won! This year was Ralphie’s 50th anniversary. Ralphie is our mascot that is a real life buffalo. At the beginning of every game and at halftime she runs around the field. Go Buffs!

After the game and dinner, us girls headed downtown to show our friend, who is originally from Boston, Boulder’s famous Pearl Street. We basically had a night filled with BUFFoonery (see what I did there?) but made sure we had our first time CU visitor kiss the Buff downtown which is a tradition for newbies or anyone turning 21 for the first time.

It’s been such a crazy month. It really does feel like October just flew right on by even though it was PACKED. Looking back on all of it in one sitting makes me feel very grateful for the great friends and family that lit up my month and continue to do so everyday!